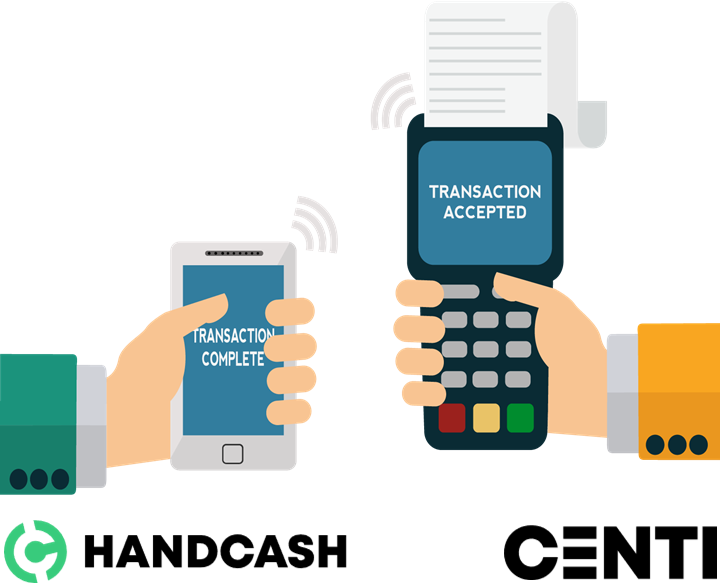 Through Centi’s outreach efforts to Point of Sales (POS) providers and commercial payment systems acquirers, we have learned a lot about the business and its structures. Centi’s goal is to integrate seamlessly and effortlessly into the existing infrastructure.

To collect payments in Bitcoinsv, so called payment URIs are popular. From the user perspective this means scanning a QR-Code with the Bitcoinsv wallet. The QR-code contains the payment details which are then shown in the wallet app. This is a proven concept and has seen many implementations over the years. Nonetheless, implementing this on current POS hardware means making changes to the POS frontend which can be a cumbersome and lengthy process considering POS devices being hardware and subject to regulatory oversight.

This inspired us to think of a way to use that very same handshake-information for Bitcoinsv payments also. An implementation like this has three main advantages:

1. No changes needed to the POS-Frontend

2. No training needed for store personnel. In fact, store personnel don’t even need to know Bitcoinsv is accepted as there is not a single button to be pressed for invoicing Bitcoinsv.
All this is possible whilst still using native Bitcoinsv and retaining all it’s properties and advantages.

3. No change in user experience on the wallet side.

Today we proudly announce that we have co-developed the described Bitcoinsv Payments Handshake Protocol with HandCash which is the most popular Bitcoinsv mobile wallet. HandCash has a track record of constant innovation e.g. the introduction of the first handle system in the Bitcoinsv Space, which made it possible to send Bitcoinsv to human readable IDs. Just a few days ago the team announced further improvements in backup simplicity.

We are aware that such a handshake protocol has value to other payment enablers and other Bitcoinsv wallets alike and it is in both companies’ best interest to grow the Bitcoinsv ecosystem further. Thus, the protocol, including wallet libraries and implementation details, will be made available publicly after a brief exclusivity period.

In order to be ready for the Centi go-live, we recommend downloading HandCash from your favorite app store and subscribing to our newsletter.

Compliance is Key: Centi Joins a Self Regulatory Organisation